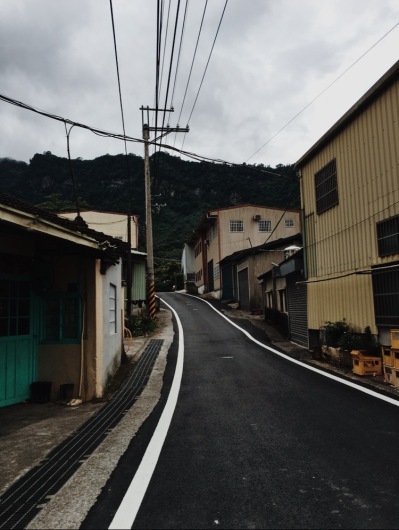 Taiwan is a miniature sweet potato-shaped country, that takes only 5 hours to travel from the most Southern to Northern tip. Thus, my grandfather always said “you can see the sun rise in the North, drive down and back up Taiwan and make it in time to see the sunset in the same spot you began at.” It is a magnificent country, with mountains to your left and the sea to your right, and I had realized that my previous trips to Taiwan were mainly focused in the North, where popular cities like Taipei are located. I had actually never gone past Hsinchu, which is less than a quarter on the way down South, and in that case, there were so many aspects of Taiwan I had never encountered before. There was so much more than Taipei 101, and so I rode a bus to Miaoli, a Northwestern county of Taiwan that is known mainly for providing strawberries for the entire country, along with its betel nut trees. This county is known for being one of the poorer counties in Taiwan, but don’t get me wrong, there is still a downtown with businesses and development. It’s a farming county though, and I stayed at the rural part, where I rode an hour in the back of a truck, up the mountains, away from civilization, to a school where clouds shrouded the rooftop. Instantaneously, I fell in love with this less-than-spectacular place, but that is what I love. Nothing materialistic. Just a life of simplicity.

I was immediately greeted by a soldier who was serving at the elementary school as part of his military duty. He kindly escorted me to the principal’s office as I tensed up slightly at the thought of having to put my Chinese skills to the ultimate test. Unlike Taipei, the English proficiency level here was much lower, for education is not as strictly enforced as it is in the city. As I sat down on a chair, the principal and a few other ladies began to chat with me, graciously serving me decadent fried sweet potatoes and eggplant in five spice powder along with celery and meatball soup. With these lovely people still strangers to me, I politely placed the foods in my mouth and chewed slowly when 5 minutes passed and the principal stated, “Please don’t be shy. You are our guest and you have only eaten so little!” I took her words to heart as I gobbled up half the platter of fried sweet potatoes and eggplant, and mind you, this platter was gigantic, about the size of an XXL pizza. After a superb meal and learning about life in this rural area, I settled my belongings down in my room and was very pleasantly surprised at how nice the amenities were. Obviously nothing fancy; I was just pleased to see an air conditioner and available wi-fi (these are luxuries that I did not expect to have). There was an outside living room with a TV and a mini kitchen equipped with a convection oven, a stove, a sink, and a microwave. I honestly could not believe how much was provided, and I couldn’t contain my excitement!

Full of joy, I spent the rest of the day wandering around the neighborhood, approached by vicious wild dogs and stares from people who wondered who this stranger could be. A few kids played tag in the corn fields as their parents, dark from the blazing sun, tend to their crops. My thighs began to burn as there was no flat land. River water was flowing, cranes were picking at rice crops, and the sense of serenity around me was pleasing. No electronic device in sight. This is spectacular. If only more people could enjoy what nature has given, rather than spending a majority of life, double tapping or sending “streak” snaps.

These flaky sausage rolls filled with pepper pork and green onions are a twist on the popular Taiwanese street food, pork pepper buns or Hujiao bing (胡椒餅). I wrapped a peppery sausage mix into puff pastry, resulting in a pepper bun and English sausage roll fusion. The inside is juicy and flavorful, and the outside is crispy and flaky. It’s delicious and simple!
These mini Greek yogurt pound cake loaves are tasty and beautiful, with three, naturally colored layers! The pastel colors are fitting for Summertime and the flavor combination is inspired by a strawberry matcha latte. I use @senchanaturals powder for green and @nature.restore strawberry powder for pink. Add more powder for deeper flavors and color!
I made a basic chocolate marbled bread this weekend and used it to make Japanese strawberry sandwiches! These sandwiches are always so cute but the marble pattern on the bread kind of gives it a unique look! The bread was super simple to make and is neutral in flavor. The chocolate flavor is super subtle so the bread can be used for sweet and savory purposes. Overall the bread was fun to make and eat because each slice has a different pattern!
These naturally-colored squid ink bread rolls are stuffed with melty cheese and topped with a crispy garlic topping! I know squid ink sounds odd, but I used it for food coloring only; it doesn’t add flavor so don’t worry about the bread rolls tasting fishy! The rolls taste like a cheesy garlic bread and the garlic butter topping is slightly sweet... it’s so so good!!! Garlic butter is usually just salty, but this one is slightly sweet, similar to how some Asian bakeries make their garlic butter. This recipe is simple and I hope you give it a try!
Happy St. Patrick’s day! 🍀 I felt it was appropriate to make something green so of course matcha was my go to food coloring. This is a white chocolate matcha cake that has pound cake- like texture and tastes like a green tea Kit Kat. I found a doily template online and cut out the pattern using an exacto knife and created the pattern on top with the stencil and matcha. It looks quite elegant and complicated but is extremely simple to do. The cake is slightly sweet and tastes so so good with coffee. I use @senchanaturals matcha which I found at Costco!
Last week was incredibly hectic, so I coped with the stress by kneading dough and shaping these purple sweet potato steamed buns (also called mantou)! Working with dough is just so therapeutic😌. These steamed buns are SO simple to make and they require only 5 ingredients: all-purpose flour, milk, yeast, sugar, and purple sweet potatoes. There are 3 common types of purple sweet potatoes: Okinawa, stokes, and Charleston, and all 3 types work for this recipe. I used Charleston potatoes this time to yield a richer purple color.