A delicate layer of stratus clouds shrouded the skies above and reflected its image on the stagnant waters beneath, as subtle smoke piped continuously from the few homes in the quiet and unassuming village. Bayan village, indisputably beautiful, was an unknown gem in the Yangmingshan territory, distinct for […]

On this day, I was handed over to my other cousin, Billy, for a weekends’ worth of excitement. The motive of me being “handed over” was so that I could reunite with every single Taiwanese cousin while they took me on memorable road trips to their favorite destinations […]

Taiwan Day 11: The Traditions of Paper-Making

Before my eyes was a massive spectacle of temple after temple in a Versailles-esque setting, but you can imagine how the architecture of all differs between East and West. There weren’t intricate gardens and it wasn’t nearly as widespread as Versailles, but both gave off Christopher Nolan […]

Hopefully “Spirited Away” caught your attention, or if you are unaware of its existence, it is possibly the best animated film in history directed by world renown, Hayao Miyazaki. Indeed we visited its movie inspiration location, but prior to visiting the location, we visited two other magnificent places, […]

Today’s adventure led us to Nantou, a serene county known for its mountains and waters that are perfect for the outdoor fanatics. As our car meandered through the narrow roads, high rises gradually disappeared and all that could be seen were trees within the mist and seldom wooden […]

Our day in Tainan was filled with fascinating cultural enrichment that deepened my love for Taiwan as our first stop was Ten Drum Cultural Village, an abandoned sugar refinery that had been re-purposed to become an artistic destination and performance venue. Original warehouses and machinery from the […]

On a sunlit day where human skin roasted and charred, we drove to Lihpao Land, an amusement and water park in Taichung. The massive theme park is segregated into wet and dry, but with the temperature in the 100s, the dry section was eerily deserted because a hot […]

The only time that I’ll ever be famous was the day local Miaoli reporters flocked to the elementary school with their load of technical equipment, ready to interview the principal along with its fellow volunteers, such as me. We had known the day before that the reporters […]

On a relaxed morning, one of the school’s teacher drove her van up to the elementary school, handed us Taiwanese egg pancakes and soy milk for breakfast, and told us to wear tennis shoes and comfortable clothes for we were going on a bike ride. I quickly threw […] 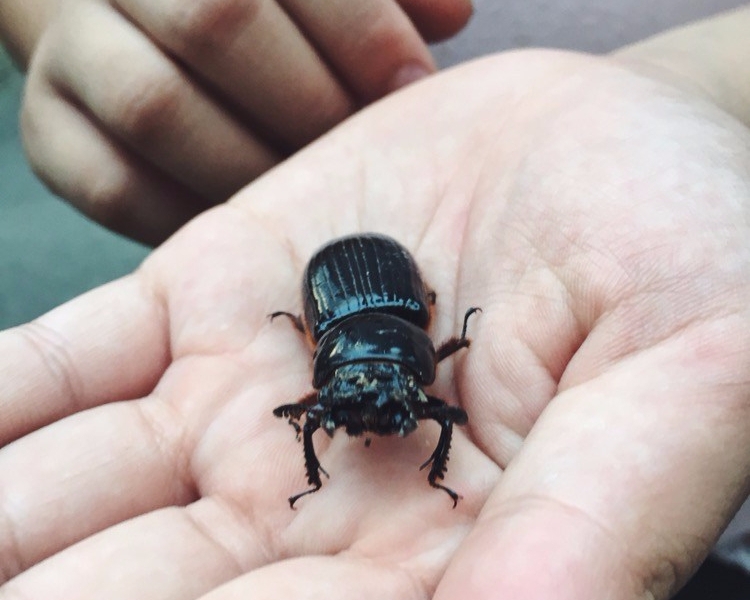 Food served at the elementary school was relatively the same throughout the weeks. There was usually a broth-based soup with leafy vegetables and meatball pieces, white rice, and tempura-fried vegetables. I was grateful for the school cook, a friend of the principal, who came daily at around 11 […]

Happy St. Patrick’s day! 🍀 I felt it was appropriate to make something green so of course matcha was my go to food coloring. This is a white chocolate matcha cake that has pound cake- like texture and tastes like a green tea Kit Kat. I found a doily template online and cut out the pattern using an exacto knife and created the pattern on top with the stencil and matcha. It looks quite elegant and complicated but is extremely simple to do. The cake is slightly sweet and tastes so so good with coffee. I use @senchanaturals matcha which I found at Costco!
Last week was incredibly hectic, so I coped with the stress by kneading dough and shaping these purple sweet potato steamed buns (also called mantou)! Working with dough is just so therapeutic😌. These steamed buns are SO simple to make and they require only 5 ingredients: all-purpose flour, milk, yeast, sugar, and purple sweet potatoes. There are 3 common types of purple sweet potatoes: Okinawa, stokes, and Charleston, and all 3 types work for this recipe. I used Charleston potatoes this time to yield a richer purple color.
If you are wanting to make some Valentine’s-themed desserts, you might just want to try these blackout mochi brownies with raspberry filling! These gluten and oil-free brownies stuffed with homemade raspberry chocolate take brownies to the next level and I’m obsessed with how they’re slightly chewy. The brownies also aren’t too sweet and the raspberry chocolate adds a nice tang that complements the brownies well. I used black cocoa powder (like the kind used in Oreos) for both color and flavor. It yields a less dense chocolate flavor than the brown kind and the black contrasts the pink chocolate well. I made my own raspberry chocolate with @foodtolive raspberry powder and white chocolate, although you could also use ruby chocolate if you have some.
Made a matcha green tea and strawberry cake because it gives holiday vibes and I’m still in holiday mode 😓! The sponge cake is made with a low-fat batter, similar to genoise and the cream is flavored with @nature.restore strawberry powder resulting in a cake that tastes quite light. I use matcha powder, but you may use regular green tea powder which would result in a more yellow-green color rather than a vibrant green. Both versions would taste great! The cake is not too sweet and goes perfectly with coffee or tea.
Happy New year! I am kicking off this year with my first recipe: steamed pork and cabbage dumplings stuffed in a bicolored wrapper! The orange dough is made using gochugaru (Korean chili powder) which creates a lovely deep color. Homemade dumplings are really worth the effort and can be frozen for several months.
It’s nice and chilly outside so it seemed fitting to make snowy Hokkaido milk buns! The bread is soft, tender, and lightly sweetened – delicious as is, but even better when stuffed with blueberry cream. The blueberries at the grocery store were extra large so I bought some and made homemade jam for the cream. Also, the buns are meant to resemble snow balls so even though they look raw they’re not!
Advertisements