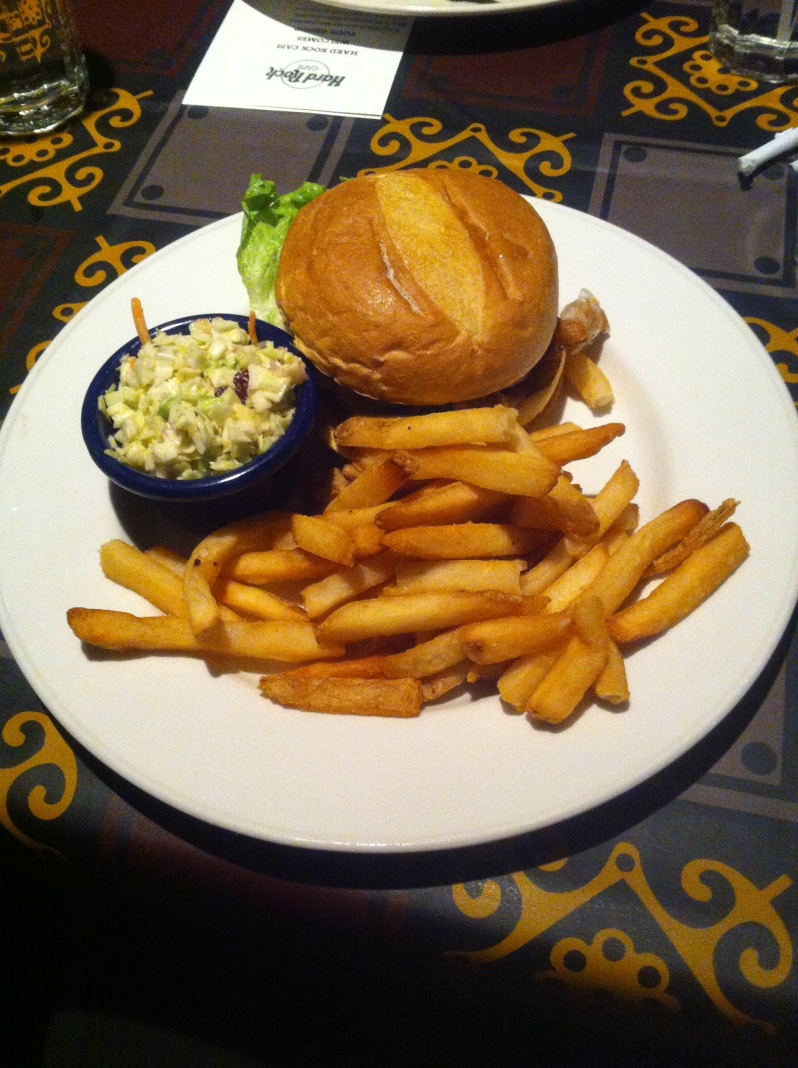 Another long and enjoyable day in NYC. I was freezing my face off because it was 25 degrees but the wind made it feel like below 10. For half of the day, I was able to shop on 5th avenue, and of course, i did some major damage to my wallet. I don’t recall ever buying so many things! But I was awed by the large stores! All these stores were 3 or 4 times the size than the stores that I shop in. And the Forever 21 was 4 stories… I could honestly spend a whole day in there! At around 4, I went to get a backstage tour of Lincoln Center… and it so happened that fashion week was taking place there! So many models in crop tops or dresses in such freezing weather. After lincoln Center, I went to Hard Rock Cafe in Times Square. I ordered a honey mustard chicken sandwich, and I was happy to say that this was much better than yesterday’s Dallas BBQ dinner. We listened to rock music and chatted with out food. Then, we headed to Nedelander Theatre to watch the broadway musical NEWSIES!! WOW… Word cannot express how amazing this music is… It was so worth it because there was great singing, dancing, and acting. Maybe i shouldn’t have been so crazy because I lost my voice for screaming and cheering so loud. I would watch that musical 10 or more times. I just doesn’t get old!

Follow The Gastronomy Gal on WordPress.com
Join 6,448 other subscribers
Advertisements